To reach the Farm of Ideas , created by Christian Puglisi in February 2016, you have to leave Copenhagen – where the chef of Sicilian origins, after leaving Noma , of which he was the sous chef, opened four rooms: Relæ , Manfreds & Vin , Mirabelle and Bæst – and drive west for about 45 minutes, arriving in an unexpectedly hilly area, in an otherwise essentially flat country.

At a certain point, the problem proves to be simply one: understanding when we have reached our destination. We were following the directions of the Italian-Danish chef, so we knew we could not be wrong. But once we got to the right place, as we would have discovered a few minutes later, it was just hard to notice.

Looking around, in fact, you could not see structures or buildings that could host a “farm of ideas”, at least as we had imagined. But after a phone call, and a couple of further indications, we realize that the Farm does not provide buildings, stables or masonry: mainly, it is a large field, partly cultivated as a vegetable garden, partly dedicated to grazing cows. Add a large canopy, a pair of tunnel greenhouses, and across the street a barn and a house.

The chef of the Relæ comes to meet us smiling and, after the first greetings, confirms his choice: “Our intention, from the beginning, was to build as little as possible. Perhaps this year we will be forced by the regulations to build a stable from scratch to keep the cows there during the winter, until now we had managed to avoid it “.
But how does the idea … of the Farm of Ideas come about?
After opening the fourth restaurant in Copenhagen, we started to question ourselves on how to be more self-sufficient on raw materials, especially vegetable ones. A few years ago we had thought of an urban vegetable garden, directly in the city, but then we set aside that project for bureaucratic problems. This time we set out to find a piece of land that was right for us, even if it was not easy.

Here in Denmark most of the land is managed by large properties, which have “eaten” all the young. Until we arrived in the municipality of Lejre: a very interesting place because it was proposed to become the first biological community of the nation. The Mayor of Lejre was enthusiastic about the idea that we would settle down in its parts, so it made us turn a lot, allowing us to meet both the person who gave us the land, both Lasse and Sara, a couple who was working on a project similar to ours, with which we began to work together to co-manage the 30 hectares we have acquired. This is how our project started and in particular we realized that we would have to review some aspects of what we had in mind.

How? What did you change?

At the beginning our idea was to open a restaurant here too, counting on the vegetable garden and the animals we breed for raw materials: but then we realized that to renovate the barn where we would have to host the restaurant would have served 5 million euros or so. It was not our intention to borrow heavily at all. So we set aside this part of the project and focused on the idea of ​​working to produce as much as possible to supply the restaurants we already had. Today during the summer we can cover between 70 and 80% of our needs, clearly, during the winter, this percentage drops drastically, we reach 20%.

How did you set the crops?

We follow an absolutely biological approach, even if we do not yet have the certification for all our products, because of the crops that were here before us, but will arrive with time. Then I must confess that this experience has made me change considerably point of view: first, for example, I saw a cucumber and I thought “here is a cucumber”. Today, however, I realized that a cucumber is much more, is a complex concept, with many variations and varieties. For a chef, and therefore also for all the people who work here, these ideas are moments of growth. 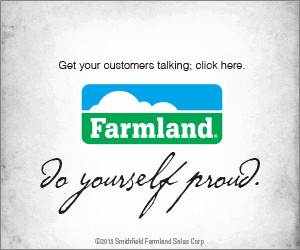 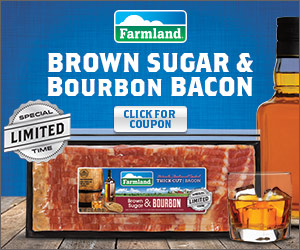